The National Association of Mutual Insurance Companies announced today that Charles M. Chamness, NAMIC’s president and chief executive officer, is stepping down as CEO of the association in the fall of 2020 and will serve in an advisory role during the transition process after a successor is named. Chamness made the announcement in a speech to NAMIC members at the association’s 124th Annual Convention in National Harbor, Maryland.

“It has been my honor to lead NAMIC since 2003, a period of great change and challenge for our industry. In that time, I have been humbled by the commitment of NAMIC members and of our incredible staff who have a servant leader’s passion for achieving results for the mutual insurance industry,” Chamness said. “I believe the time is right to begin this transition for me and for the association. I have never felt more confident in the future of NAMIC and in the ability of its committed member leadership and talented and dedicated staff to build on our success.

“I started with NAMIC in its centennial year, and I’ll conclude as the association celebrates its 125th anniversary. I take pride in knowing that I played a part in helping this industry meet the many challenges it has faced over the past quarter century and embrace its identity as policyholder-aligned mutual insurance companies. I look forward to continuing to work alongside and advise the board as it moves ahead toward a transition to my successor, and I’m sure in the next stage of my career I’ll stay involved in some aspect of this great industry’s work."

During his tenure as president and CEO, Chamness helped guide the industry through the 2008 financial crisis from which mutuals emerged virtually unscathed. He led the fight against attempts to repeal the McCarran-Ferguson Act, worked on multiple reauthorizations of the Terrorism Risk Insurance Act, and helped secure the future of state-based regulation despite post-financial-crisis pressure to adopt international insurance regulation. He testified in both the House and Senate on a variety of issues of concern to NAMIC member companies. Prior to 2003 when he became CEO, Chamness led the association’s public affairs team for seven years. Before coming to NAMIC, Chamness served for 10 years in Washington, D.C., in the first Bush administration as deputy assistant secretary of public affairs under HUD Secretary Jack Kemp as well as a press secretary on Capitol Hill and in other public- and private-sector positions.

Since 2003, NAMIC has grown 150 percent in revenue from $15 million on a consolidated basis in 2003 to $38 million today, and 200 new members have joined the association. Over the same period, NAMIC’s PAC increased fifteen-fold to exceed $1.2 million this congressional election cycle, making it America’s largest insurance company trade association political action committee. NAMIC won Best Places to Work in Indiana each time it entered, twice finishing in the top five ranking of mid-sized companies.

NAMIC’s board of directors and Chamness have been planning for years to ensure a seamless transition. They established a formal search and transition committee, headed by Robert M. Zak, president of Merchants Mutual Insurance Co., Buffalo, N.Y., and NAMIC’s chair-elect, to lead the effort to identify and select Chamness’ replacement.

“I would like to thank Chuck personally and on behalf of past and present board members for his many contributions to NAMIC’s growth and success. As one of only five presidents to have led NAMIC in its 125-year history, Chuck’s vision, drive, and results-oriented focus, combined with his commitment to serving the interests of member companies and their policyholders, have cemented NAMIC as the leader in our industry and one of the top performing associations in America,” said Zak. “As we begin our search, we expect our future leader to display those same qualities that Chuck gave to the association so willingly.”

NAMIC is the mutual property/casualty insurance industry’s trade association. Its 1,400 member companies write $268 billion in annual premiums and account for 59 percent of homeowners, 46 percent of automobile, and 29 percent of the business insurance markets. The association focuses on leadership in advocacy, public policy, public affairs, and member services. 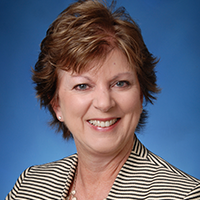