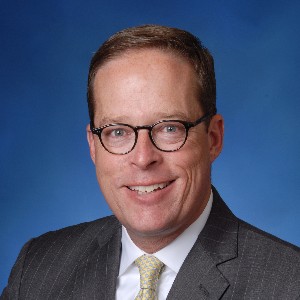 Since being named CEO in 2003, Chamness has helped position NAMIC as the largest U.S. property/casualty insurance trade association focusing on leadership in advocacy, public policy, public affairs, and member services.

Chamness has testified before U.S. House and Senate committees on topics ranging from the impact of the Dodd-Frank Act on insurance; the U.S.-EU covered agreement; and the industry’s response to Hurricane Katrina. Prior to joining NAMIC, he worked 10 years in Washington, D.C., serving in the first Bush administration as deputy assistant secretary for public affairs under HUD Secretary Jack Kemp as well as a press secretary on Capitol Hill and in other public- and private-sector positions.

Chamness currently serves as board chairman of NAMICO, a $55 million asset professional liability insurance company owned by the association and its members. In 2016, he concluded his three-year term as board chairman of the St. Baldrick’s Foundation, an organization that funds more pediatric cancer research grants than any other organization except the U.S. government. During his term, the organization raised more than $100 million. Chamness has also served as a board member of the Insurance Institute for Highway Safety since 2004 and is a member of the U.S. Chamber of Commerce’s Association Committee of 100 and the Indiana University Foundation Board of Associates.

NAMIC has been named a “Best Place to Work” in the midsized-company category by the Indiana Chamber of Commerce each time it has entered, most recently placing second.

Chamness holds a B.A. from Indiana University, Bloomington. He and his wife Briget have four children.