We are proud of our professional faculty who are subject-matter experts in his/her respective field. Our faculty members study company practices and progressive boards to bring the greatest depth of knowledge to your program. We only recommend faculty members who have been tried and tested in NAMIC programs with a variety of audiences but board room experience is a must. NAMIC’s faculty includes:

Kevin Kinross is a Partner with Taft Stettinius & Hollister LLP, practicing in its Insurance, Corporate Governance and Business and Finance Practice Groups. In this capacity, he serves as counsel to boards, executives, publicly and privately-held companies, mutual insurance companies, and tax-exempt entities, focusing on:

Kevin has been recognized by SuperLawyers magazine as a Rising Star in Corporate Governance, was named to Central Ohio’s Forty under 40 list in 2014 and received the National Association of Mutual Insurance Companies’ Service Award in 2015 for his contributions to the insurance industry. Kevin has authored numerous articles on corporate governance and insurance topics for Acredula, The Corporate Board, Mid-West In house, Lexis Nexus Corporate Governance Report, Law 360, as well as other publications and periodicals.

Neil serves as the Senior Vice President – Corporate Affairs with primary responsibility to lead NAMIC’s public affairs, marketing and technology, research, and membership retention and recruitment efforts. This includes all member and media communications for the association.

Prior to assuming the new role of senior vice president of corporate affairs in 2017, Neil spent 17 years leading NAMIC’s state legislative, regulatory, and international advocacy efforts. In that role, he regularly testified in legislatures around the country and represented NAMIC members at the National Association of the Insurance Commissioners, the National Conference of Insurance Legislators, and the International Association of Insurance Supervisors. Neil is recognized as an expert in several public policy areas relating to insurance regulation; of particular note has been his work on the credit-based insurance scoring issues and corporate governance.

Neil has served on the board of directors of the Advocates for Highway Safety, chair of the board of the Industry Education Council. He is a regular speaker on insurance related issues around the country.

He has a bachelor’s degrees in political science and communications and a master’s degree in rhetoric from Ball State University.

Gary Myers is a familiar figure to many in the property/casualty insurance industry. Starting out as an independent agent more than 40 years ago, Gary’s career has progressed through various company ranks. He held executive positions at Employers Reinsurance Corporation from 1980 through 2001, focusing specifically on treaty reinsurance marketing, production, underwriting, and management. From 2001 until 2009, he served as Executive Vice President at Shelter Mutual Insurance Company with responsibility for reinsurance ceded and assumed, underwriting, customer communications, and life insurance operations, to name a few. In November 2009 he was named President and CEO of Cameron Mutual Insurance Company, retiring December 31, 2014.

Gary supplemented his corporate experience and success through association membership. He is a lifetime member of the Society of CPCU, holding CPCU and ARe designations from The Institutes. For five years, he served as an active member of the advisory committee for The Institutes Associate in Reinsurance exam series.

He is also an active member of NAMIC, having served on various NAMIC boards and committees since 1996, including serving as Chairman of the Property Casualty Conference Board. He has been a member of the NAMIC Directors Education faculty since 2008.

Most recently, Jim served as president and CEO of the Ohio Mutual Insurance Group for 13 years before retiring at the end of 2015. During those 13 years, Jim led OMIG – A. M. Best-rated FSR of “A” stable and ICR of “a+” stable with $213 million premium – to underwriting profit in 11 of 13 years and a combined under 100 percent in 10 of 13 years. Jim served on the board of the National Association of Mutual Insurance Companies for eight years, culminating in serving in the role as board chair in 2012.

Jeff Rieder is partner and head of Ward Group, a management consulting and research firm specializing in the insurance industry. He has overall leadership and responsibility for the firm. Jeff has significant experience in the insurance industry, with expertise in the property/casualty and life segments. Throughout his 20-year career, he has been involved with more than 400 projects for numerous domestic and international insurance companies, covering a diverse range of technology, performance, and operational evaluations. In 2011, Jeff led the sale of Ward Group to Aon; he now leads Aon’s global performance benchmarking practice for insurance and the U.S. insurance compensation practice. Prior to joining Ward Group in 1998, Jeff spent five years at Great American Insurance Company, working in the corporate finance departments.

Jeff holds a Bachelor of Science in accounting and an International Business Certification from the University of Cincinnati. He is a certified public accountant and holds the Chartered Property Casualty Underwriter designation.

Prior to retirement, Charles Agin spent more than 43 years in the Gen Re Group of companies, the last five as marketing director with New England Asset Management, where he managed NEAM’s day-to-day marketing and new business development efforts. He also was responsible for oversight and facilitation of NEAM’s business planning processes, strategic (re)branding, and strategic personnel development.

Prior to 1997, Charlie held various positions in actuarial, underwriting, and finance, including the creation and delivery of Gen Re’s PRIME computer-based simulation exercise, which allows participants to run their own insurance companies to learn the causes and effects of their decisions on the bottom line. PRIME is still in use today and has been used at the Wharton Insurance Executive Education program and has been delivered to more than 5,000 individuals at more than 500 insurance companies worldwide.

Gregg Dykstra is Chief Operating Officer and General Counsel for NAMIC. He has been with the association since 1997 and his areas of responsibility presently include association legal matters and oversight of the departments of human resources, information/technology and accounting/finance. 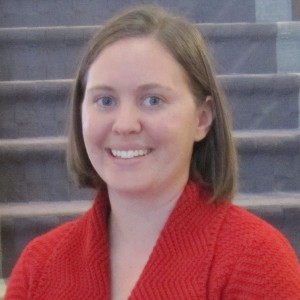