Looking back over the past year, the property/casualty insurance industry enjoyed a relatively strong and stable market. The same held true for NAMIC as the association faced multiple challenges yet continued to secure major victories on important issues and make significant progress on others. While viewed partly in relation to its accomplishment, the value of NAMIC membership is also reflected in the interactions among peers within the industry. As a member-driven organization, NAMIC’s achievements are your achievements, as noted in this brief message from the current and past chairmen.

Read a letter from our Chairmen

NAMIC’s and the industry’s successes continued right up to the end of 2019, with the most significant victory occurring in December as Congress passed, and President Trump signed into law, a seven-year reauthorization of the Terrorism Risk Insurance Act. The measure passed with no structural changes a full year ahead of its 2020 expiration. A top legislative priority for NAMIC in the 116th Congress, passage of TRIA ensures stability in the marketplace, as the TRIA program will now be in place for the next eight years without changes.

The federal spending bill that included TRIA also contained an extension of the National Flood Insurance Program through Sept. 30, 2020. The most recent extension avoided a lapse in the program and represents the longest extension since the passage of Biggert-Waters in 2012. The association will continue to work with lawmakers and federal agencies to seek meaningful and long-lasting reforms to the program in 2020 and beyond.

This short video will provide further highlights of NAMIC’s successes in 2019:

On a financial note, NAMIC again ended the year strong, as illustrated in the infographic shown below. 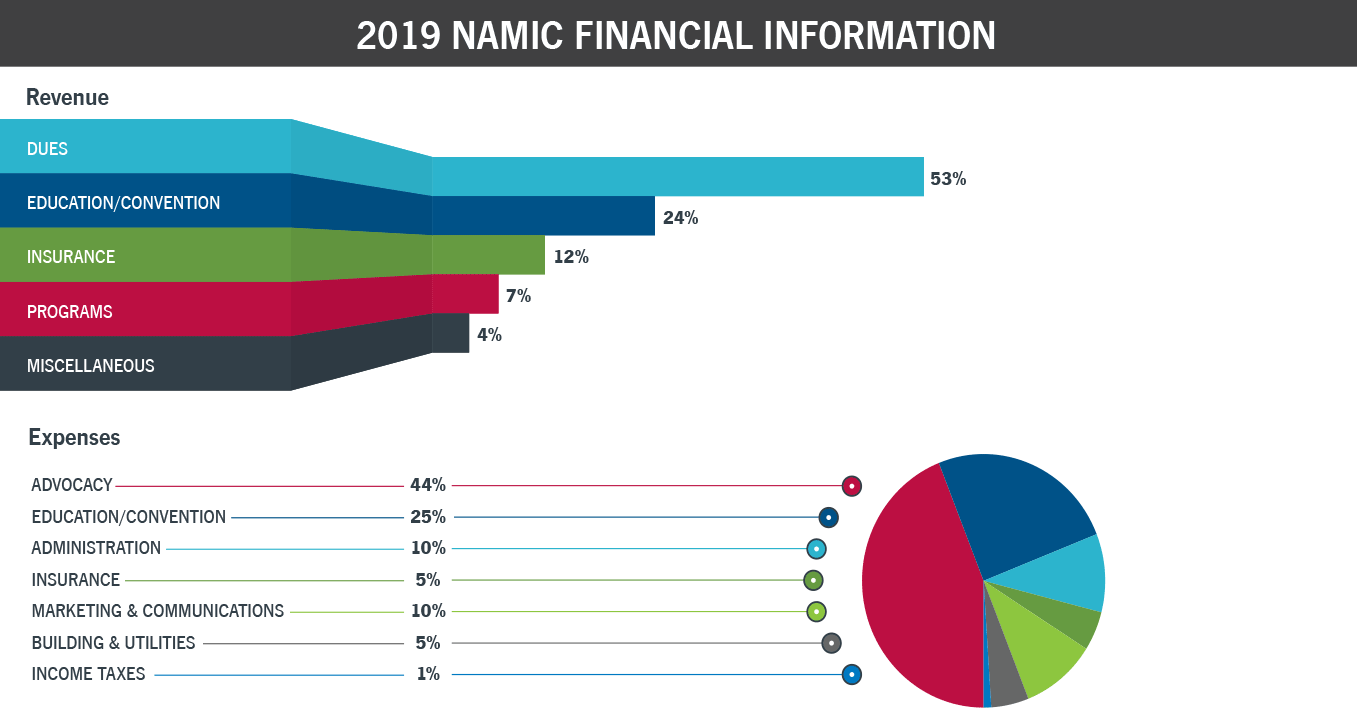