NAMIC has begun to explore how the continued automation of cars is likely to evolve and what that may mean to the personal passenger auto insurance business. Although the road ahead is unclear, insurers must serve their role to develop sound risk management practices for automated and highly automated vehicles. Insurance protection for operators, passengers, and other people will be a critical component regardless of how and when automated vehicles develop.

According to the National Highway Transportation Safety Administration, 94 percent of auto crashes are a result of driver error, and automated cars should reduce the rate and severity of automobile crashes. Far fewer deaths and less severe injuries are predicted with the advent of automated cars. Although automated cars – and damage thereto – will be more expensive, some predict the reduced frequency of crashes could reduce overall damages. In the sharing economy, many of the shared users will not be owners, but will depend on the owners to insure for vehicle damage and operational liability. This confluence of factors could result in less vehicles owned by even fewer owners who experience a decrease in the frequency and severity of accidents, which means a decline in private-passenger auto insurance policies and premium dollars.

According to the 2016 Aon report “Global Insurance Market Opportunities,” U.S. personal auto insurance premiums could decline by about 20 percent from their 2015 levels with general adoption of autonomous cars and could fall by more than 40 percent by the time ADS reach full adoption.

Although states regulate the licensing and operation – including insurance – of motor vehicles, for the last half century, automakers have built vehicles to meet federal safety standards, and federal regulators largely enforced those standards once cars were sold to the public. The Department of Transportation, through the National Highway Traffic Safety Administration, has carried out that mission by consistently embracing new technologies that make driving safer, such as seat belts, air bags, child seats, and antilock brakes. 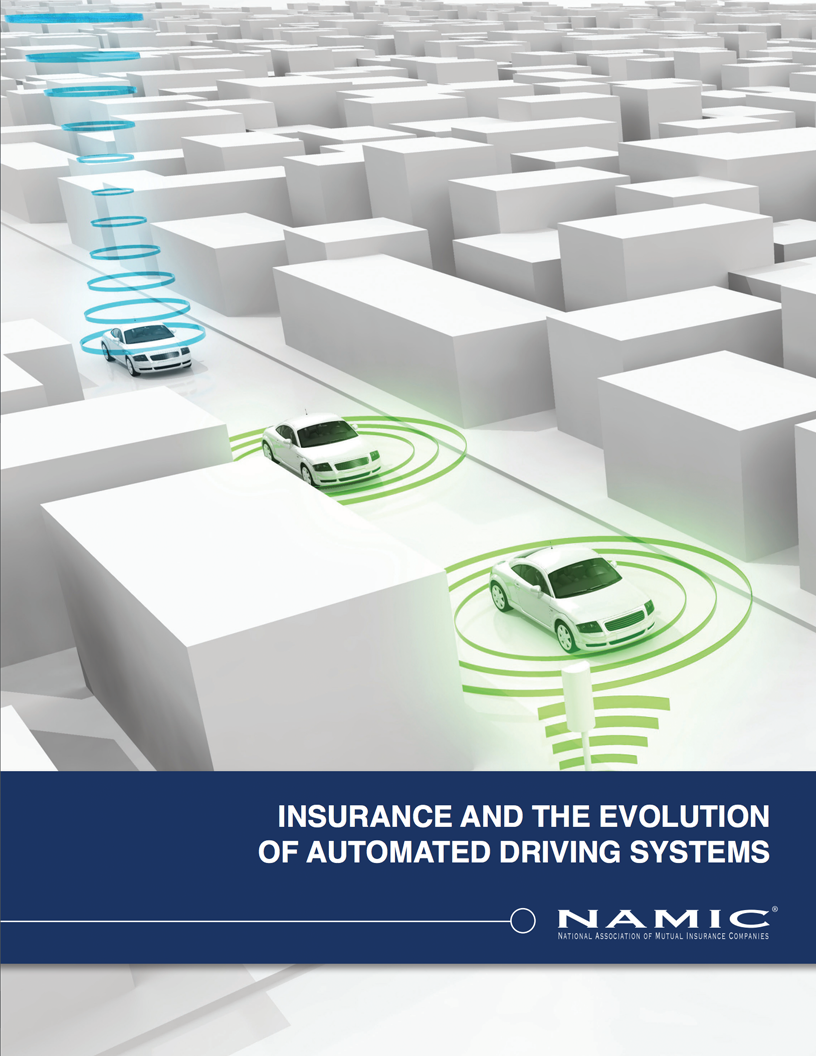 Insurance and the Evolution of Automated Driving Systems (PDF)
This white paper explores the important questions that need to be addressed as automation in cars continues to evolve. The first section defines the levels of development of autonomy, examines how automated driving systems (ADS) can be integrated into the existing driver-operated environment, and considers how ADS may be adopted on a larger scale into the shared economy. The second section outlines the existing private passenger auto insurance market, how ADS will impact that market, and how private passenger auto insurance can address the introduction and adoption of ADS.
(Published 04/17) 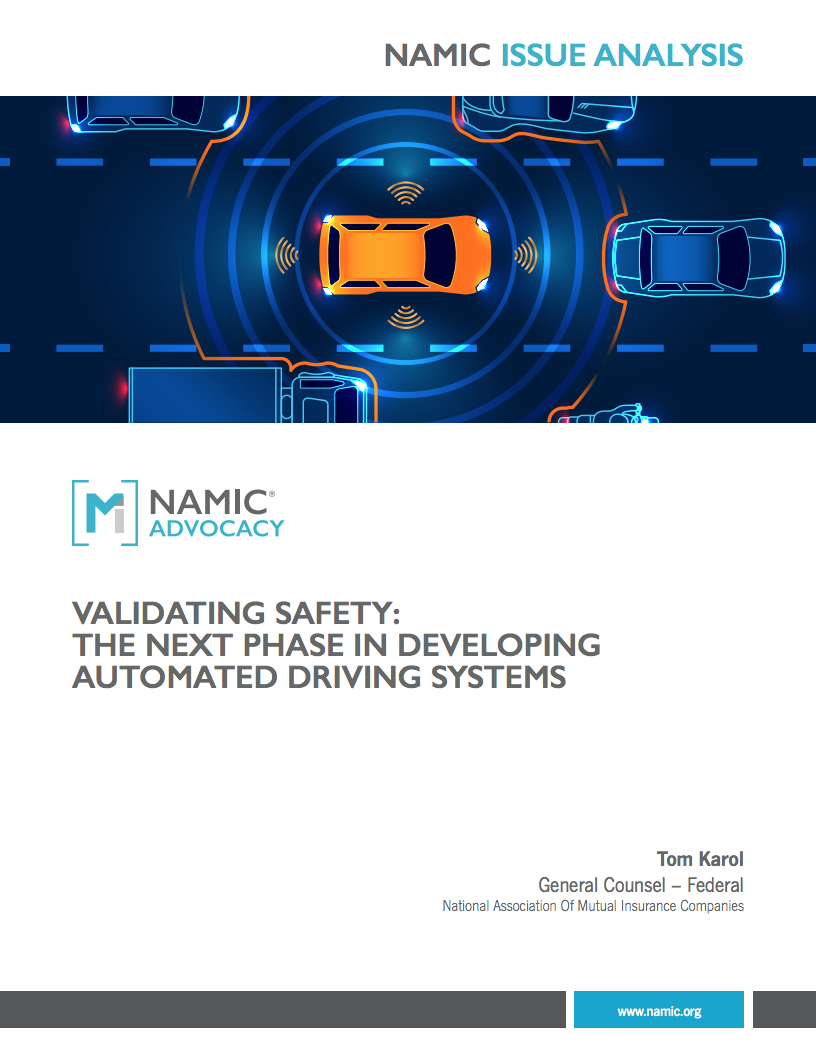 Validating Safety: The Next Phase in Developing Automated Driving Systems (PDF)
The development of Automated Driving Systems (ADS) may be the most consequential transportation issue of our time. New technology and novel service strategies promise faster and better mobility that will be less expensive, and more environmentally friendly. Spring boarding from existing and widely accepted “assisted driving” systems such as cruise control, ADS developers promise a wider array of functions from greater driver assistance to vehicles that will perform every driving operation with no human intervention.
(Published 05/18)

NAMIC fully supports ADS innovation and development that enhances safety. The federal government – through NHTSA – should have the authority to make determinations for the required performance and safety, as well as data integrity, of ADS, and insurers should have access to ADS information and data – including crash accident and incident information and data – that is timely, complete, and useful. States should retain the regulation of ADS insurance for the vehicle or operator, and the authority to make the determinations of the registration, licensing, and operation of ADS in that state/locality. States should also define and address ADS personal liability issues in state/tort law and regulate in line with existing liability constructs. States and federal authorities should have the authority to define and address ADS liability issues in law and regulation, and should work together to establish clear and workable data security and privacy requirements for AVs.